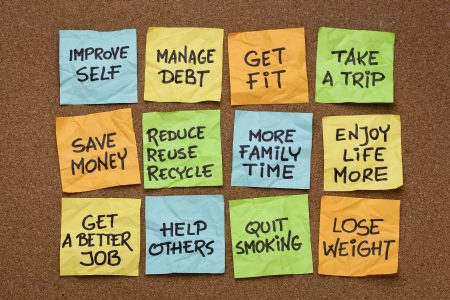 In a study conducted by University College London, researchers had 96 volunteers choose a healthy drinking, eating, or exercise activity that they wanted to turn into a habit. The study participants were asked to perform their chosen behavior every day in the same context (i.e. during lunch or before dinner) for twelve weeks. Each participant’s chosen behavior needed to meet three criteria:

Based on these guidelines, the participants chose behaviors like “drinking a bottle of water with lunch,” “eating a piece of fruit with lunch,” or running for 15 minutes before dinner.”

During the study, participants were asked to log onto a web site each day to report whether they had performed the behavior the previous day and to complete the self-report habit index (SHRI) for the behavior.  The SHRI is a self-reported measure of how automatic a behavior has become.

The researchers found that the median time for participants to form their habit was 66 days, with a range of 18 to 254 days.  (Since the study only took place over a period of 84 days, the researchers used their data to extrapolate and conclude 254 days as an upper limit for habit formation.)

More complex habits (like exercising for fifteen minutes) will take longer to form than simpler habits (like eating a piece of fruit). Manage your expectations accordingly, and be kind to yourself when you are trying to form a new habit. True, long-lasting behavior change usually takes longer than you think. This is not because you lack self-control or discipline! This is simply the reality of behavior change.

If your chosen behavior does not feel automatic after thirty days (again, it will take longer, on average), then keep working on it. If/when it feels automatic, then identify the next habit that you want to change.

This methodical, science-based approach to behavior change will be much less painful and much more effective and sustainable than attempting to change too much at once, which is unfortunately what most people try to do. Form one new habit every 1-2 months for the next twelve months, and you can transform your life (if you want to) over the next year.