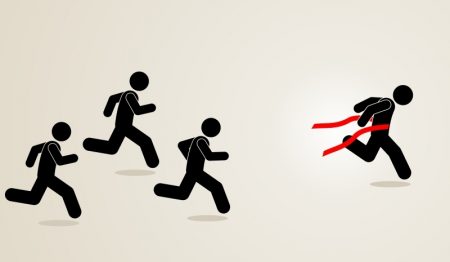 Focused and steady wins the race.

Imagine two women named Fran and Debra who each decide one afternoon to go for a three-mile trail run in the woods. They each plan to run by themselves. They are equally fast runners who are each capable of completing this distance in thirty minutes.

Fran gets changed at her office, warms up for five minutes and departs on her run at 2:00 p.m. She is in the zone the entire time and finishes even faster than usual, at 2:29 p.m.

Why Is Multitasking So Bad For Your Productivity?

Despite what many people believe, multitasking decreases (not increases) your productivity. Research has proven this over and over.

For example, one study analyzed what happened when a group of Microsoft employees were interrupted by emails or instant messages. On average, the workers took fifteen minutes to get back to important tasks each time that they were disturbed, as the distractions generally led them to reply to other messages and/or to visit various web sites unrelated to the task that they had been focused on before the distraction [1].

Other research has demonstrated that multitasking could change your brain and make it even harder for you to be able to focus in the future. In other words, chronic multitasking trains your brain to be distracted.

A study by the University of Sussex compared the brains of “media multitaskers” (people who used multiple media devices at the same time) with the brains of those who only use one device occasionally. While the study demonstrated a link and not causality, they found the multitaskers had lower gray-matter density in a part of the brain that is responsible for various cognitive and emotional control functions [2].

Multitasking reduces your performance on virtually every kind of task … including your ability to multitask!

Dr. Clifford Nass (a deceased Stanford university sociologist) studied this topic before he passed away. As he said during an interview in 2013, “People who multitask all the time can’t filter out irrelevancy. They can’t manage a working memory. They’re chronically distracted. They initiate much larger parts of their brain that are irrelevant to the task at hand … they’re even terrible at multitasking. When we ask them to multitask, they’re actually worse at it.” [3]

If Multitasking is So Bad, Why Do We Do It?

Today’s work environment and social environment encourages excessive multitasking. Laptops, smartphones, and other forms of technology clearly make our lives better in many ways. However, they also discourage us from concentrating on one task at a time. For example, a 2013 study commissioned by Nokia found that the average person checks his or her cell phone 150 times a day [4]. That’s once every six to seven minutes, on average, during waking hours. Social media, personal email accounts, and instant messaging platforms just make matters even worse.

If you are a chronic multitasker, it’s not because of some inborn trait. It’s because you have merely formed a negative “Habit Loop” around multitasking. 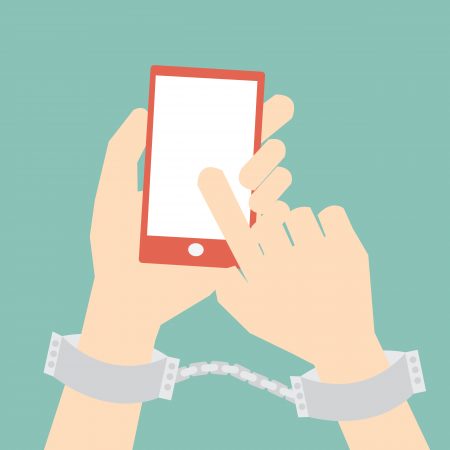 The #1 Way to Stop Multitasking

Keep your email and social media accounts closed, and keep your phone off, on airplane mode, or not accessible when you want to concentrate. Few incoming emails and calls need to be handled within seconds. You could still check your inboxes and devices every thirty or sixty minutes, if you feel compelled to do so. What you do not want to do is leave them open, buzzing, notifying, and interrupting you all day long.

Keeping your social media, inboxes, and devices closed, off, or not easily accessible is an example of removing the cue. This is a habit-breaking strategy that I wrote about here. In this case, the cue is an incoming email, text, notification, or call that triggers a bad habit to break your concentration and deal with the message immediately. Rather than try to resist the temptation to deal with an incoming message, why not remove the temptation altogether?

More than once while finishing the manuscript for my second book (Work Stronger), my brother left me a voicemail complaining that my phone was off. He said this made it impossible to reach me live. Each time that I called him back, I reminded him that was the point.

P.S. If you enjoyed this article, you can share it by clicking one of the social media icons on this page.