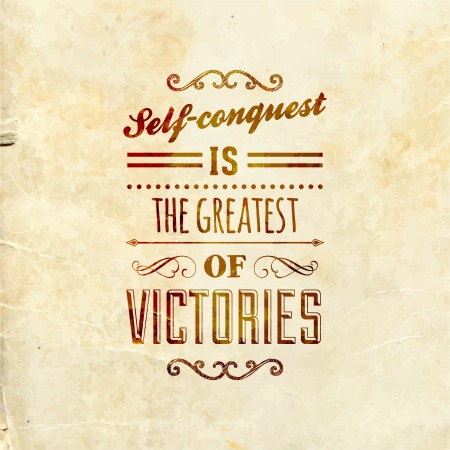 Advertisements can mislead us and suggest that there are shortcuts to success. Billions of dollars are spent every year promoting products and services that promise you can look, feel, and perform better with little or no effort.

Life would be much easier if we could become our best over a weekend. Unfortunately, we cannot summon change in our lives as quickly as we can summon our next Uber. Significant changes occur slowly and with effort.

When you see people who are thriving (physically or in any other area of life), it is easy to assume they were born with better DNA. Your genetics can absolutely put you at a disadvantage or at an advantage. However, they only determine where you start. Your habits determine where you finish. Isolated behaviors might not seem like a big deal. However, they add up quickly.

Consider the impact of one seemingly small bad habit. If you drink one sixteen-ounce sweetened iced tea today, that’s only 150 calories and thirty-seven grams of sugar. That by itself is not a big deal. However, that becomes a big deal when you do it every day, which would result in you consuming over 54,000 calories and over fifteen pounds of sugar over the next year. That’s the same amount of sugar found in over 16,000 Skittles. And, that’s one “small” bad habit.

The good news is that positive habits obviously add up as well. Consider the impact of one seemingly small good habit. If you eat one serving of spinach today, that’s only three ounces of spinach. That by itself is not a big deal. However, that becomes a big deal – in a good way – when you do it every day, which would result in you consuming over sixty-eight pounds of one of the world’s most nutrient-dense foods over the next year. And, that’s one “small” good habit.

You can achieve massive results in any area of your life by making changes that are simple and that might seem small. Stronger habits (not gimmicks or genetics) are the key to achieving and maintaining higher performance over the long-term.