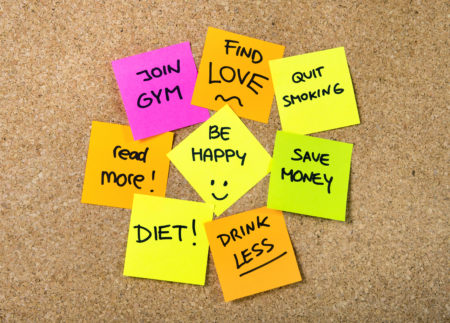 Back in 2013, I started a new full-time job working as an executive recruiter for Heidrick & Struggles, a leadership advisory firm that serves the majority of the Fortune 500. For the four years prior, I had set my own schedule and worked independently as a keynote speaker, author, and coach. By accepting this role with H&S, my work schedule and my morning routine was going to have to change. I decided to use this as an opportunity to cultivate a new habit that had previously eluded me.

For years, I had wanted to exercise before work (instead of after work). My prior attempts had been unsuccessful- since I had relied on willpower and not followed any of the strategies discussed here about how to work out before work.

When I started my new job with H&S, I planned my ideal morning routine moving forward, and I “hid” exercise inside of my new pre-work schedule. It simply became part of my new routine. Years later, and this habit is still going strong. These days, I could not imagine going to work without exercising beforehand- despite the fact that exercising before 6:00 a.m. seemed outrageous to me earlier in my life!

Like me, you might find that a new habit feels like less of a shock and is easier to adopt when it is hidden inside of a larger transition, instead of being implemented during a more stable period. Science has proven this as well. For example, in an experiment led by Dr. Todd F. Heatherton of Dartmouth College, people trying to make various changes in their lives were studied. Researchers found that over 35% of successful changes were associated with a move to a new location. 1

Many life changes are voluntary and positive. Examples include moving to a new home, starting a new job, becoming a parent, moving in with a significant other, getting married, and so on. However, each of us will also experience negative, involuntary life changes, including physical injuries, break-ups, and the loss of friends and loved ones.

Think about a recent life change- negative or positive- that you experienced. Did you use it as an opportunity to change some habits, or did you just carry all of your old habits with you into the next phase of your life?

Some people unfortunately bring old, negative habits with them from job to job, from home to home, and from relationship to relationship. They fail to leverage the positive potential that major life changes (both the good kind and the bad kind) can have on their behavior.

The stronger approach is to use each life change as an opportunity to step back, evaluate your current habits, and decide what you will stop doing or start doing as you move forward. I refer to this strategy as “hiding” new habits.

Next time, you experience a major life change (for better or for worse), ask yourself what habits you would like to start doing or stop doing. Then, put a strategy in place to make it happen. Hiding a habit inside of a larger transition can be less painful and easier than trying to change a habit during a more stable period of your life. While you definitely can form new habits whenever you want, one of the best times to change your behavior is when your life changes for you.