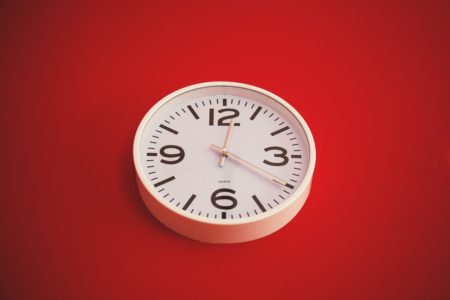 Like many kids, I occasionally procrastinated when it came to schoolwork. There were two separate times in middle school when my father had to drive to a local office supplies store after 9:00 p.m. in order to pick up ink for our printer- so that I could print out an assignment due at school the next morning. He smiles about this now, but he was less than thrilled when it happened- especially the second time that it happened, which was in the middle of a blizzard.

I also procrastinated on assignments at the beginning of college. In fact, I did not begin studying for my first college exam (an 8:00 a.m. exam on a Wednesday morning) until midnight the night before. After five hours of cramming, I went to bed at 5:00 a.m. and then nearly overslept. As you might imagine, that test didn’t go very well. I failed it.

To be clear, I was a straight-A student in high school, and I improved my studying habits quickly in college and ended up graduating Phi Beta Kappa. However, procrastination has been a challenge for me at times throughout my life, and it’s something that I and every other human being will always battle.

If you think that you never procrastinate, check out the list below, and ask yourself how many of these activities you are currently procrastinating on or have procrastinated on in the past.

Let’s be clear. People don’t procrastinate because of laziness. Procrastination occurs because of one or more of the following three reasons:

Be honest about the real reasons why you are procrastinating. Then, you can determine a strategy for moving forward. Stay tuned for a future article where we’ll go deeper on the topic of how to procrastinate less often.

P.S. If you enjoyed this article, you can share it by clicking one of the social media icons on this page.